Many luxury houses find it difficult to connect with China’s millennial and Gen Z consumers, bogged down by tradition and a reputation as brands for “older” generations. However, the success of the 174-year-old, LVMH-owned Spanish luxury brand in China proves that it is possible to build a strong and loyal consumer base that transcends age through a forward-facing, firmly content-commerce-based strategy.

Long popular in Europe, Japan, and North America, in recent years Loewe has expanded its low-key marketing approach to China as it opened a Beijing flagship and a little over across the country. Having eschewed the flashy, large-scale promotional efforts that characterized luxury brand debuts in China from 2000 to 2012, Loewe has instead utilized laser-focused marketing bursts that target specific customer segments.

The brand has managed to walk this delicate tightrope by picking and choosing from its core attributes to reach and pique the interest of target customers. One of the ways it has done this is through a minimalistic marketing approach in China that hinges on three factors: its brand history, with a strong heritage of craftsmanship; a deep design archive that can be leveraged for educational purposes; and the “cool factor” of its creative director, Jonathan Anderson, who recently launched a personal to communicate directly with Chinese consumers. Anderson, whose other label (also owned by LVMH) is popular with young, in-the-know Chinese shoppers, has also taken a measured approach to China with his eponymous brand, .

Keeping its digital presence in China to a minimum — it has official accounts on Weibo and WeChat — Loewe has kept a tight hold on its image and maintained control in a way that brands that have jumped on every platform in China have not. Recent examples such as Louis Vuitton’s controversial livestream on Little Red Book (Xiaohongshu), which received mixed reviews, have highlighted the fact that luxury brands need to be cautious in their content approaches in China and choice of collaborators rather than jumping on every trend or platform. The youth-centric platform Bilibili and short video app Kuaishou, for example, may not be natural fits for a brand such as Loewe.

Loewe’s content-commerce approach to social media in China has largely been designed to drive demand and on- and offline purchases through content that mixes high-quality photos and videos highlighting its newest collections with educational content that mines its design archives and taps its arts-focused .

Loewe has also benefited in China from a minimal events footprint, rejecting the large-scale approach used by brands a decade ago — long-time market observers will remember splashy events like in 2007 or in 2009. Loewe has instead hosted occasional small-scale, exclusive parties in Beijing or Shanghai. Like every other brand in the current Covid-19 era, Loewe has largely put a hold on the usual cocktails-and-DJ events and instead taken a more timely, content-commerce approach to events that also ties into another of its brand attributes, low-key diffusion.

For most brands, having a second or diffusion line can devalue the primary brand, owing to the diffusion line’s lower prices and, in some cases, lower quality. But Loewe — via its colorful, summery line — has succeeded in selling (ever so slightly) lower-priced, limited-edition items and appealing to a younger audience in China and globally without damaging its core brand in any way (and even becoming a gateway for that younger audience to be “upsold” the flagship Loewe line).

Neither an “accessible luxury” line nor a lesser brand, Paula’s Ibiza sits in the enviable position of being a seasonal collection that shoppers can only purchase for a limited time, helping the most popular Paula’s items reliably sell out each year.

This month, Loewe and Paula’s Ibiza perfectly aligned with the ongoing “cloud” trend in China via a in partnership with the Beijing-based Modern Sky, the country’s most influential rock and indie label. This year, Modern Sky has shown itself to be a pioneer in cloud-based events, having held its popular Strawberry Music Festival series online this spring in collaboration with Bilibili and offering livestreamed concerts as part of JD.com’s 618 Shopping Festival.

While clearly promotional and aimed towards getting at least some of the Gen Z viewers or concert attendees to ultimately purchase products from Loewe and Paula’s Ibiza, the event succeeded in building an aura of coolness and exclusivity by requiring viewers to reserve their spots in the WeChat mini-program to watch the performances by popular — yet by no means superstar — young rappers, thus benefiting from the it-factor of both Modern Sky and “Rap of China.” Outfitting the performers in colorful Paula’s Ibiza outfits while projecting the Loewe logo onto the backdrop, the brand managed to embed both brands in the minds of the audience in attendance and watching at home.

体育投注网页And for Loewe, the event no doubt will have been relatively inexpensive to launch, compared to the large-scale, celebrity- and macro-influencer-studded events held by luxury brands in China over the past couple of decades.

Finally, Loewe has been smart and measured in its approach to e-commerce in China, helping the brand maintain a brand image that leans toward the exclusive while still keeping it occasionally accessible online. The brand has done this by holding sporadic online pop-ups, making a small number of items available for very short periods of time.

In August 2017, the brand on what was then the newly launched Tmall Luxury Pavilion — which has for an ever-expanding number of luxury brands, among them Bottega Veneta, Valentino, Guerlain, and Givenchy. For the Tmall pop-up, Loewe personalized its Barcelona bag with hearts to commemorate the Qixi Festival, a traditional version of Valentine’s Day in China. It was a low-key nod to the market that avoided around the Lunar New Year, for example. 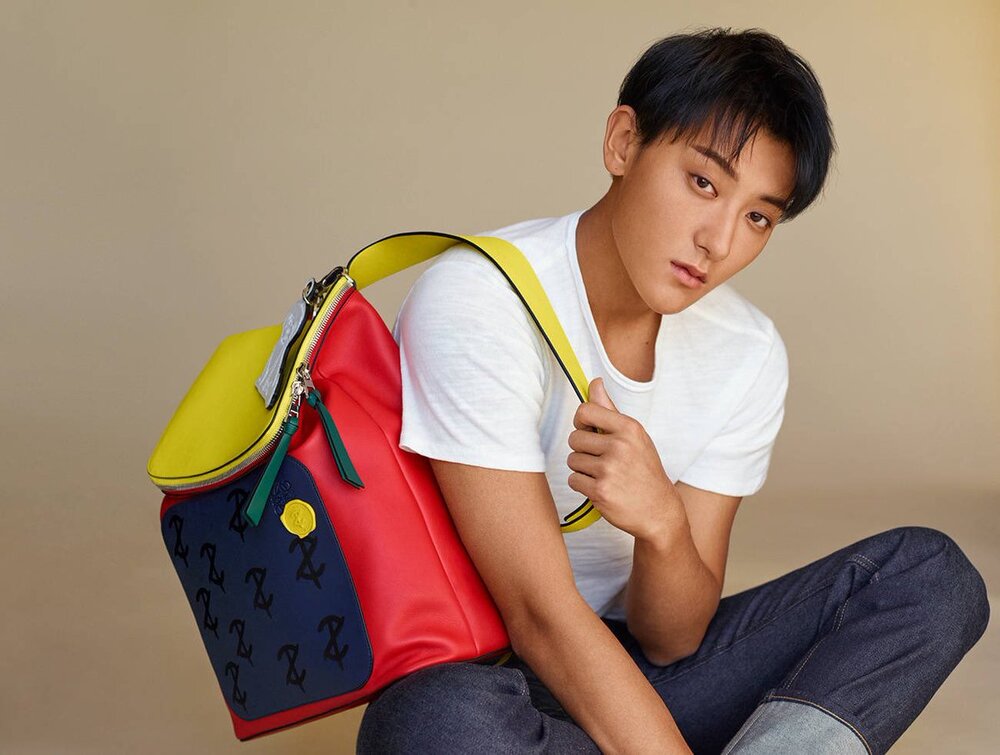 The following April, Loewe launched a WeChat mini-program pop-up to sell the “Z. Tao Goya” backpack, a collaboration between Jonathan Anderson and the Chinese actor-singer Z. Tao (Huang Zitao), and the bags quickly sold out upon release. Then this year, Loewe launched an “ILOEWEYOU” WeChat pop-up shop around the 520 Festival (a more recent Chinese take on Valentine’s Day) in collaboration with the popular Chinese florist/lifestyle brand (野兽派), featuring Loewe handbags, accessories, and perfumes paired with flower arrangements by The Beast. Shared online by celebrities Song Qian, Gulnazar, and Ouyang Nana, the collaboration was a hit on platforms such as Little Red Book.

By making itself occasionally available online, and doing so without discounting or joining too many online platforms, Loewe maintains its aura of exclusivity while benefiting from its choice of the right on-trend collaborators.

A Market Approach for the 2020s

体育投注网页When looking at the depth and breadth of Loewe’s approach to the Chinese market, it is clear to keep observers that the brand’s strategy is keenly suited for the current and emerging state of the global luxury market.

Amid massive global economic upheaval and an ongoing pandemic that shows no sign of vanishing any time soon, Loewe’s small, light, and nimble approach to China — which remains meaningful and ultimately rooted in driving customers in its nearly 30 points of sale there — dovetails with its approach in traditional markets (where its immersive series on Instagram Live engaged housebound audiences in need of some culture). The approach is quiet enough to maintain a strong brand image, yet the brand is able to amplify it to promote specific collections or products by leveraging the right collaborators.

It is a measured online-offline luxury approach that looks perfectly designed for the decade ahead, whatever it ultimately brings.

Trending
Will President Trump Ban WeChat and TikTok In The US?